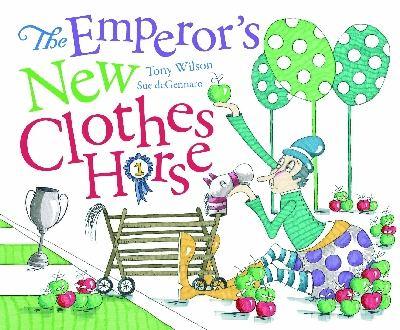 The Emperor loves horses, he loves to race them and he has won everything except one race. He is desperate to win the cup and so he sends out trainers high and low to find him his new champion. Then one day some strange new trainers turn up with what they claim is a magic horse and only those who are exceptional in their jobs will see it for the magnificent beast it is. There’s one little boy though who isn’t fooled by what is going on, will he be heard?

A twist on the old fairy tale and a fun one at that. There’s no parade or nudity just an old wooden clothes horse. I found this quite fun even knowing the original and young children who have never heard this before will be laughing at the silliness of the Emperor. The pictures were wonderfully complimentary to the overall light-hearted tone of this book. A silly little tale.