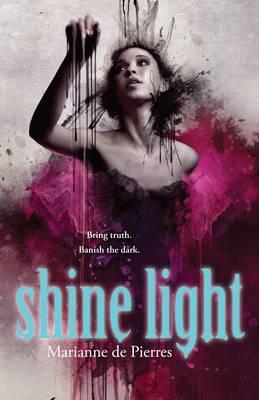 Ixion, the land of ever-night, the place of youth and parties. Ixion, feeding zone for Rippers and Night Creatures and a war zone for the rebels led by Dark Eve and Clash.

Naif has to go back. She doesn’t want to, there are so many bad memories. She knows so much more now, she knows the risks. She has to go back for her friends and her brother. There are still secrets on Ixion that she needs to uncover – including finding out if there is a way to cure the effects of the badges worn by everyone and that are slowly killing them.

All of which is complicated by her bond to Lenoir – her greatest love and a mortal enemy – A Riper.

This is the final book in the Night Creatures trilogy.

Naif has come a long way from the quiet, scared, timid Seal from the beginning. She has grown in strength in leaps and bounds. She is becoming a leader, different to her brother and Dark Eve but a leader non the less. She sees beyond, to the big picture and knows changes need to be made, more than Dark Eve and Clash think and more than Lenoir thinks. The story is layered, engaging and has some surprising moments which are always a treat. Naif is a character who grows on you even as she grows. So many females are strong in this and I shouldn’t have to mention that but I still feel compelled to and I guess that is a little sad, but I’m going to mention it because they are and that still makes them a bit of an anomaly.

The cast is colourful and varied with their own strengths and weaknesses, but really this is Naif’s story and the others complement it so well. De Pierres has woven a darkly intriguing story that has gone from strength to strength. This is a fitting conclusion to this trilogy. I loved it and wanted to go with Naif all the way.