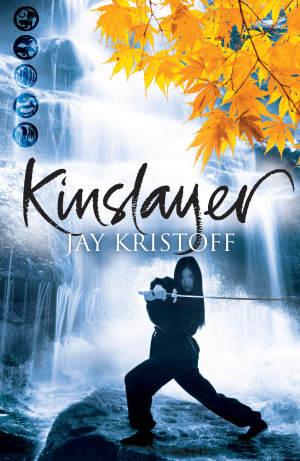 Yukiko, the Stormdancer started a whole lot of things happening when she assassinated Shogun Yoritomo. The rebellion, The Kage, were given new inspiration; The Lotus Guild sees a way to increase their influence and civil war looms as a new Shogun needs to be found.

There is a candidate who does not come from one of the predicable places, he has a drive to kill Yukiko that over rules anything else. He will rule and he will bring the downfall of the snip of a girl he thought he loved. To do this he forges an alliance with The Lotus Guild.

Yukiko is being hailed a hero but she is consumed by rage at her father’s death and the increase in her Kenning ability. It is becoming so much stronger and she battles to control it. Kin, once Guild member, who made it possible for Yukiko and Buruu to escape tries to find his place in amongst the Kage rebellion but the distrust between them and who he was is strong.

The Stormdancer’s influence has reached into the very city of Kigen, where one who thought she could never amount to much has realised that sometimes you have to stand up and fight if you want things to change.

Kristoff builds a solid sequel on the foundations of the first book Stormdancer. It is a nuanced tale filled with pain and struggles. It is not simply a case of good and evil fighting, it is a case of shades. This story is made more real by the author making things not quite so clear cut.

Yukiko’s battle with her rage and trying to come to terms with who she is and who she can be, is bleak in places. It is no easy path she takes. It is that very bleakness that pulls you along in the story. You want to follow her, you want to see her come out the other side. The bond between her and Buruu is tested and much is learnt through this process. Their relationship is a fascinating aspect to this story.

Kin’s struggle to fit in is heart wrenching at times. He battles his own demons and those of the Guild he came from. Two other key characters Michi and Hana, give this story depth from other perspectives. These women fight for their own reasons and their drive makes the story all the more tangible, you can feel their fear and their passion.

Darker than the first, it is still a wonderful read. The world seeps off the pages as you sink into the grittiness of it; the difference of the classes and the anguish of survival. You want to embrace it, it is the sort of book you want to put the time aside to read and the sort of book that makes it hard to pick up when you only have a few minutes because you know you will find it hard to put down.

I cannot wait to find out where Kristoff takes these characters next.

Leave a Reply to Bug in a Book Cancel reply