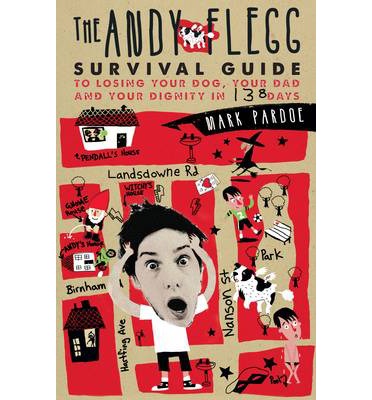 Andy Flegg wants an X-box, to get one his mother has told him he has to write in a journal everyday. Andy is not impressed. Some entries are really short and then things start happening. A cute girl starts in his class, his parents are fighting and his dog gets sick. Then his dog gets a bit better, his parents get back to normal briefly and the cute girl is texting him. Things are just not meant to be that way. The day the motorbike his dad has borrowed is vandalised is the day things go from bad to worse for Andy. Just when he thinks it can’t get any worse he finds out just how wrong he can be.

Andy is an everyday 11 year old who loves computer games and isn’t fond of school. His biggest problem is that he doesn’t have an X-box. As Andy writes in his journal bits of his life seem to unravel. It is a fun, somewhat quirky look at being a preteen boy who has to deal with the obvious things such as the next best computer game and the other unexpected things such as his ‘thingie’ suddenly taking on a life of it’s own, particularly when he thinks about Amber. It is an angsty time and Pardoe takes you through it with humour and ease. Andy could be any boy, he is believable and his responses to the curveballs life throws at him are made all the more real by the fact that there are consequences.

This is a wonderful read, the fun balances out the pathos and there is no total happy ending, which is good because that would totally have negated the power of the story-telling. Also as a funny little bonus each entry has an obscure word defined and used, I think I can safely say a large number are words I will never come across again but it is a great device. Suitable for 10+.