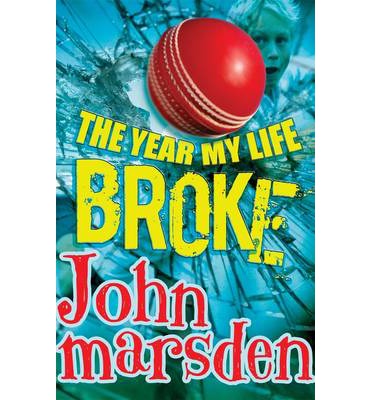 Tarrawagga is a hole. It simply is not a place anyone, with any choice in the matter, would move to. Yet this is where Josh finds himself. He is not happy with the turn his life has taken, and he isn’t all that interested in getting involved and making friends like his parents want. Somehow, without really meaning to, he becomes someone he barely knows. He doesn’t get involved in sport and works at being unpopular. His athletic prowess catches up to him and he starts playing cricket for a team that isn’t his school and this proves to be his downfall, because in a place as small as Tarrawagga secrets don’t stay that way for long.

Then there is the house next door. At first he thought no one lived there. Then he meets the kid from over there. Then bullets start flying. This sort of excitement is totally not what Josh expected from a dump like this place.

This comes across as a real slice of life kind of book. The town is totally believable to me (maybe because I’ve lived there only it was called something different, in fact I’ve lived in several theres). Josh is as real as they get, the heartbreak of leaving a life you know and are comfortable with, the difficulty of starting a new school, the suckiness of not being popular at school. The simplicity of Josh’s life is what makes the whole thing so very tangible. This story is at times funny, frustrating and enthralling, in short it is life. Marsden shows a masterful touch in bringing Josh off the page. His family, friends and even the town add a texture that you can so easily visualise. Life can throw you poop sometimes and really it’s all about what you do with it.